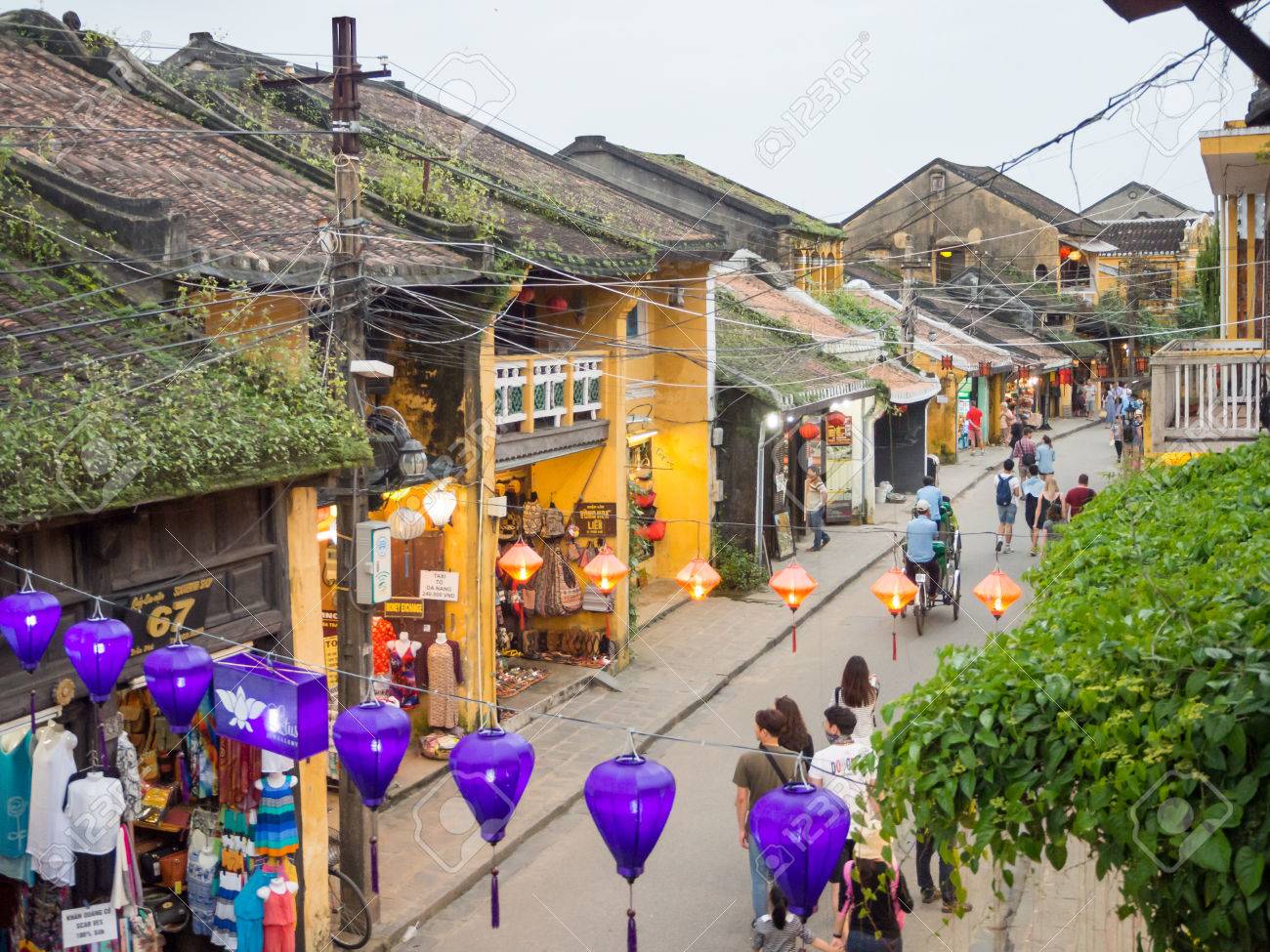 One of the cities in Southeast Asia that makes me willing to spend time when vacationing is an old city Hoi An, this city has been recognized by UNESCO as one of the world heritage that must be protected. Hoi An is located in Quang Nam province in the central part of Vietnam. The city is small with a population of 120,000. I arrived in Hoi An around 2 pm after previously traveling from Kuala Lumpur to Da Nang. Da Nang is the only access by air and train if you want to visit Hoi An. From Da Nang to the city of Hoi An is actually not too far away. Only about 30 km without traffic. Along the way we saw a row of luxury hotels alongside the sea. Da Nang is very close to the sea. Usually there are many tourists from Asia (he says, Chinese, Korean and Japanese) who choose to stay in Da Nang and then take a afternoon out to Hoi An while having dinner.

Hoi An is touted as an “ancient city” and it is true. Initially I was confused where the old city. Incidentally we stayed in a villa a little far from the old city. Around 5 km. The place is nice and quiet but because it’s a little far away every time we want to go to the old city, we have to call a taxi or Uber. After checking in at the 5 star hotel saigon, Hôtel des Arts Saigon, MGallery, we headed straight for the old city of Hoi An. At that time, the sky was late afternoon. The Uber driver dropped me and Matt off the edge of the old city road. He said he couldn’t enter the old city. At the end there is a portal. At a glance, almost all buildings are yellow mustard. Very beautiful.

People said Hoi An has been named as an authentic old Asian city that is still maintained. Here indeed it feels very Vietnamese because here and there I see girls who use Ao Dai in various colors. Occasionally tourists or locals are seen wearing caping and what makes me fall in love instantly is the colorful lanterns that at night even make the city look more “old” in a good sense, yes.

Actually at this time with the global warming Hoi An city often experience floods. The host of the villa that we rented even had to close the shop a few days because the water almost reached the 2nd floor. Even the old city he said in the rainy season sometimes can not receive guests because the water is very high. It so happened that in the middle of the old city a river flowed during the rainy season sometimes unable to accommodate the overflow of water.

Formerly Hoi An is a port city. You can imagine all these yellow mustard shops might have once been a trading office, spice shop, ceramics, clothing store, or small restaurant. This is where the traders from Portugal and Japan used to do a lot of buying and selling transactions. At present these stores still exist but have changed functions to become souvenir shops, restaurants, cafes and of course coffee shops.

The roads in Hoi An in my opinion are very, very pleasant especially if the air is not too hot.

Usually the city is quiet from morning to around 3 pm. Only a few tourists were seen pacing around the city. Well, around 3 pm the tourism buses will enter the old city and then spit out the contents. Most Asian tourists enter the city in the afternoon when the sun is no longer fierce.

So, if you are confused about where you want to go when you can’t go far, I think Hoi An can be considered. besides cheap, handsome, fun, safe and of course the food is delicious.